Welcome to my digital home 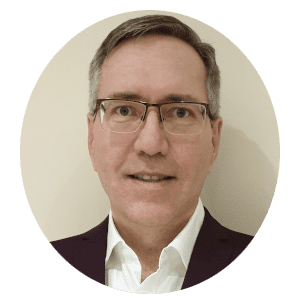 Professionally I work with people and teams to transform ideas into valuable products and services. This usually includes technical development teams, because technology is often tightly coupled to the work we do in many organisations.

I was born to German parents in Johannesburg South Africa. Grew up in the Eastern Cape. Started coding at young age on a computer with 1 KBytes on RAM, Sinclair ZX81. Studied engineering at the University of Cape Town (UCT). During my military conscription I worked as a developer at a research institute in Pretoria.

My first real job was with Siemens, Johannesburg, configuring and selling industrial automation controllers. In 1996 I started playing around with the Internet, using early browsers such as Mosaic and Linux.

My first foray into Agile was in a fast growing Internet Service Provider. To help organise the work and teams we used the Dynamic System Development Method (DSDM). After working on a most exciting project to build a financial news portal, I moved to cosmopolitan London, in the United Kingdom. In London I joined a dot-com start-up incubator/accelerator which grew into a professional services organisation with over 150 staff and offices in a number of European cities. Whilst here I worked on a multitude of assignments, including scrappy start-ups and global banks. London was a buzz of activity in the 2000's with Extreme Tuesday Club and many people and organisations, like SkillsMatter sharing ideas and venues on how to better use technology.

Most teams I work with today use Agile and Lean approaches such as Scum, Kanban, XP & Devops. I try to avoid making a big thing about using Agile ways of working and concentrate on co-creating and designing ways of working that deliver results of all key stakeholders. The emphasis in the past decade has shifted from having a "tech team" and "The Business" to having a more joined up approach.